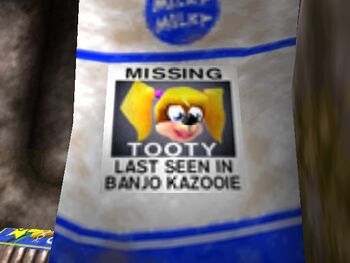 Wait, who is that again?

Generally, if writers want to remove a character from their ensemble, they will either kill that character off or put him on a bus (or both) to explain their absence. Sufferers of Chuck Cunningham Syndrome, on the other hand, simply disappear into limbo. They will often be retconned right out of the story's history, while, of course, everyone still left on-screen will simply carry on as if, as in Nineteen Eighty-Four, Oceania has always been at war with Eastasia.

This is sometimes caused by the writers gradually losing interest in the character and, without making a conscious decision to remove them, eventually forgetting about them entirely. More often, complications behind the scenes drive the decision to remove a character.

The Trope Namer is Chuck, who was actually Richie Cunningham's older brother for two seasons on Happy Days. Remember him? No?

In recent years, though, as media has become more meta, playful references to the ignominiously departed have become common, either as lampshades within the series itself or in parodies or satires of it.

A subtrope of Unperson. Similar in spirit to The Other Darrin. Also see Out of Focus, when a character is gone but not quite forgotten; and Shoo Out the New Guy, who gets at least an excuse in the show for disappearing. Contrast with Remember the New Guy?. For characters who are written out of the main story but are still hanging around in view, see Demoted to Extra. For characters who are specifically brought in for a one-shot purpose, see Long-Lost Uncle Aesop. Compare Forgotten Fallen Friend and What Happened to the Mouse?. See also Absentee Actor.

Note when adding examples, this trope is specifically about characters who disappear entirely without explanation. If they reappear even briefly, or if their absence is explained in-show even flimsily, it is more likely one of the alternate tropes listed.

Examples of Chuck Cunningham Syndrome include:

Retrieved from "https://allthetropes.org/w/index.php?title=Chuck_Cunningham_Syndrome&oldid=1968899"
Categories:
Cookies help us deliver our services. By using our services, you agree to our use of cookies.