Everything About Fiction You Never Wanted to Know.
< Pokémon (anime)‎ | Characters
Jump to navigation Jump to search 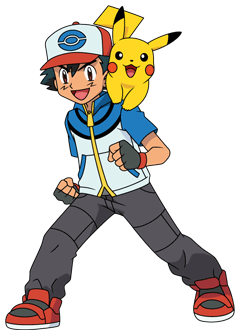 Troper, I CHOOSE YOU!

The star of the series, Ash began his existence as the archetypal Idiot Hero. He won many of his early battles on dumb luck and/or some form of The Power of Friendship. As the series has gone on and on he has improved greatly in this regard, but his progression has more or less wrecked some of the dynamic he had with his supporting cast, as he no longer needs Misty and Brock to counterbalance his original inexperience. But hell...they're still his best friends. 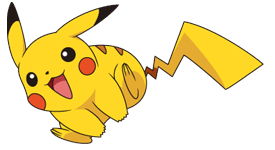 Ash's faithful partner Pokémon. Unlike most of its species, Ash's Pikachu refuses to stay cooped up inside its Poké Ball for an extended period of time. Tropes involving Ash's Pikachu include:

All of Them (Unova Region): 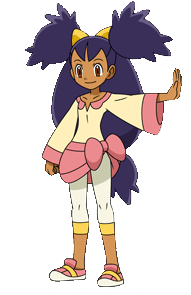 New girl for Best Wishes/Black and White. She is basically described as an outgoing Jungle Girl. She has a Dragon Type Pokémon with her named Axew, which tends to camp in her hair. She is apparently skilled at being in the outdoors.

First appeared next to Iris as a silhouette. He is a Pokémon Connoisseur. He's also one-third of the first Gym Leader trio in Unova, focusing on the Grass type.

The main villains of the series, Jessie, James, and Meowth are always planning up a way to capture Ash's Pikachu, who they have deemed to be exceptionally special, strong, and worthy of giving as a gift to their boss, Giovanni. Originally, they usually worked as a stand-alone branch of Team Rocket. This even lead Giovanni to forget that they were members of the crime organization to begin with! At the end of Diamond and Pearl, however, he takes notice of them again, and gives them a special mission in the Unova region. Since then, the trio have become far more competent, and are usually involved in bigger and more elaborate schemes masterminded by some high-ranking Team Rocket member. For the most part, the "capture Pikachu" objective has taken a backseat to their larger plans, but old habits die hard... 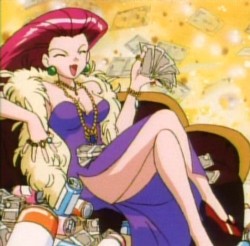 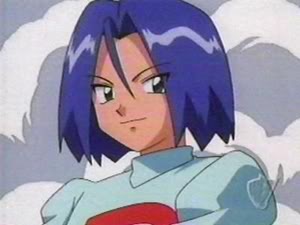 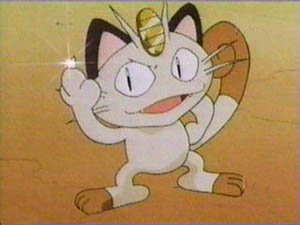 The "third" Team Rocket member. Team Rocket's Meowth, in a rarity for his species (and Pokémon in general), is fully capable of normal human speech. He is rather useless in battle due to spending most of his efforts on speaking and walking like a human. Meowth is oddly philosophical, which doubtlessly helps him tolerate the endless beatings his group receives. He longs for the favor of Giovanni, which has led to strange daydreams about the Boss Rocket in recent seasons.

Retrieved from "https://allthetropes.org/w/index.php?title=Pokémon_(anime)/Characters/Current_Main_Cast&oldid=1943472"
Categories:
Hidden category:
Cookies help us deliver our services. By using our services, you agree to our use of cookies.